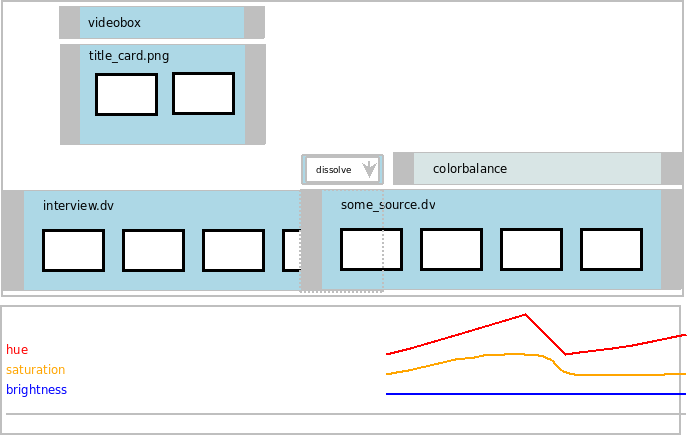 The basic design doesn't address the problem of keyframes in SimpleEffects, which don't have room to display interpolation graphs. In this variant, the keyframe interpolation graphs have been moved directly below the timeline. Selecting any object (or group of objects, the color-balance effect in this mock-up is selected) causes its properties to be displayed in the property editing region below. Not shown are the key-frame handles, which would not become visible until objects within the key-frame window are selected.

All keyframed properties are initially flat lines. These lines can be moved up or down simply by clicking/dragging.

At this point it is not yet clear which variant would be preferable. It is also not yet clear how the user will add or remove key-frames. Possibilities are:

The similar to the basic design, but objects can be expanded to take up a maximal amount of screen space. This extra space is used to display the interpolation graphs. 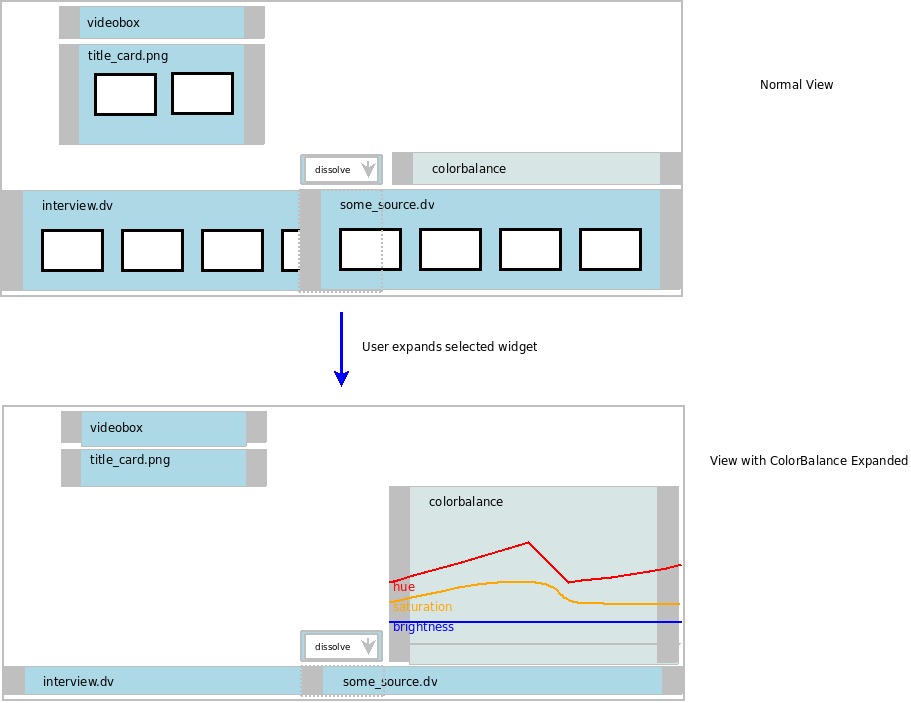 Features in this mockup:

I would be a strong proponent in favor of having only one timeline for PiTiVi, the advanced one. I mean, I really don't think that a multitrack UI like that is harder than the “imovie-simplified like” counterpart. This multitrack interface is scalable from the newbie to the professional, if you design, think the user interface really well (you can leave that to me ;). I believe a “direct manipulation” multitrack “time-proportional” timeline interface kicks the hell out of the current “simplified interface”, and will need no significant learning curve, even for grandma. The rest can be done with nice tutorial screencasts that I would gladly provide, and that would give the advantage of not splitting the coding workforce over two timelines. Do one thing, and do it so well that grandma's jaw drops (not from natural cause)! --Kiddo 23:28, 10 June 2007 (BST)

The results of the search are